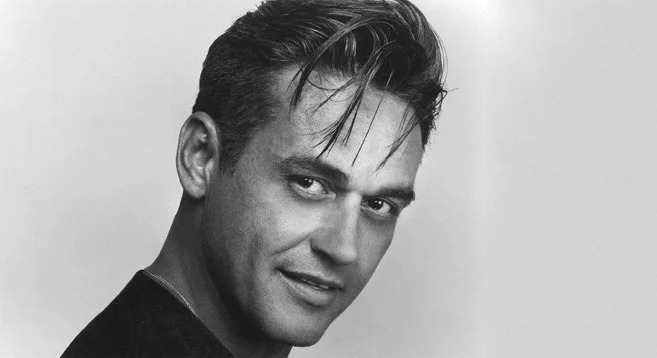 18 Dec In memory of Oribe Canales

Posted at 15:04h in Blog, Community, Education, Staff by INTERLOCKS

Yesterday the beauty industry lost a legend: Oribe Canales. Originally from Cuba, Oribe began his impressive career as a hairstylist in NYC back in 1976, working for Garren at The Plaza. He became iconic for his Gianni Versace runway styling, and magazine covers. His influence has shaped the course of the beauty industry for more than 40 years, with collaborations with artists such as Francois Nars, supermodels Naomi Campbell, Cindy Crawford and Linda Evangelista.

Oribe Hair Care arrived at INTERLOCKS in 2014 and ever since, we have all been #ORIBEOBSESSED. “The brand blends craftsmanship, performance and decades of styling experience from the top of the editorial world to create a new category in hair care,” as explained by Oribe.com. What’s more, Oribe’s signature fragrance, Côte d’Azur, permeates through each Oribe product exuding an aroma of luxury and elegance.

In 2016, seven INTERLOCKS team members attended Front Row, a four-day education retreat in Miami, billed as “a hair festival of epic proportions!” Immersed into the world of Oribe, “Front Row was an epic salon and fashion event – the ‘cool’ factor was off the Richter scale,” said Ginny Eramo, INTERLOCKS Owner + Creative Director. Ginny adds, “I had the distinct pleasure to sit and chat with Oribe at an industry event in NYC and he was charismatic, warm and charming. A very special man and a huge contributor to the beauty industry.” 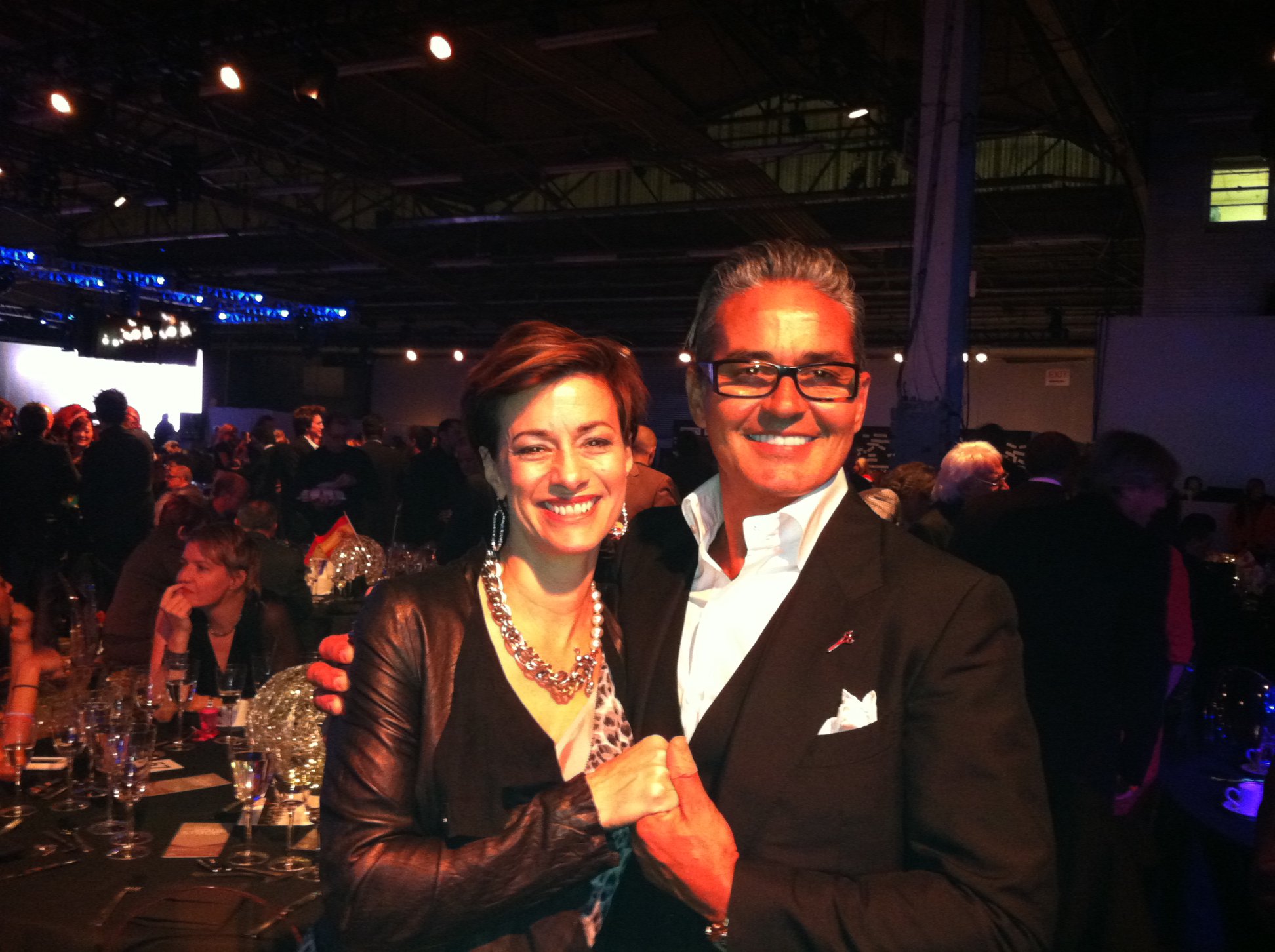 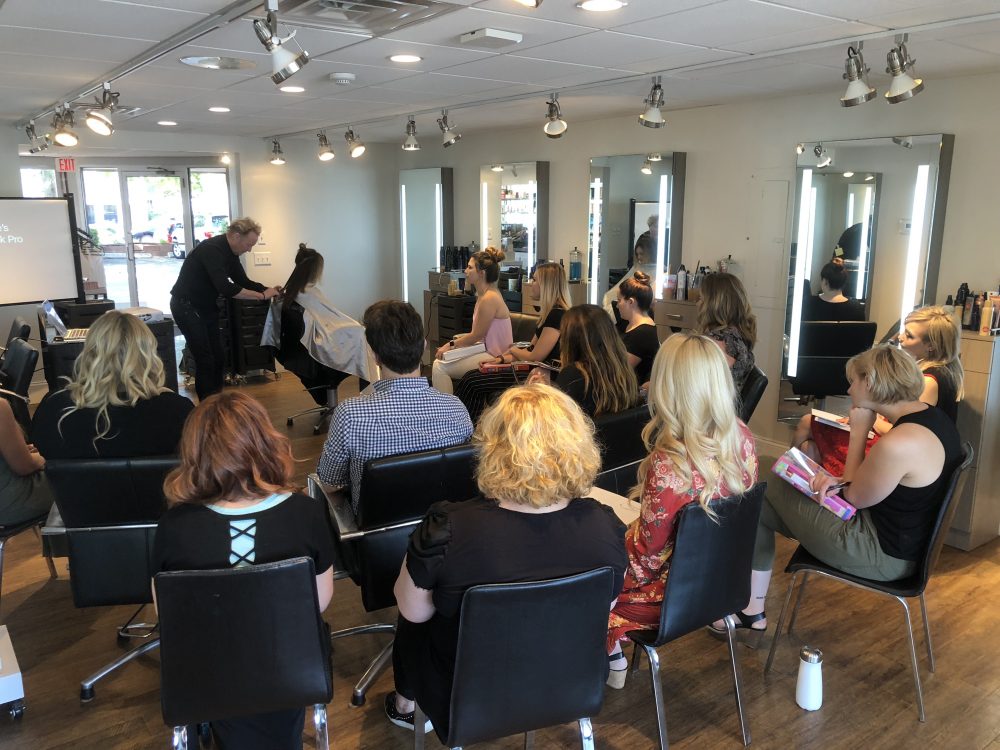 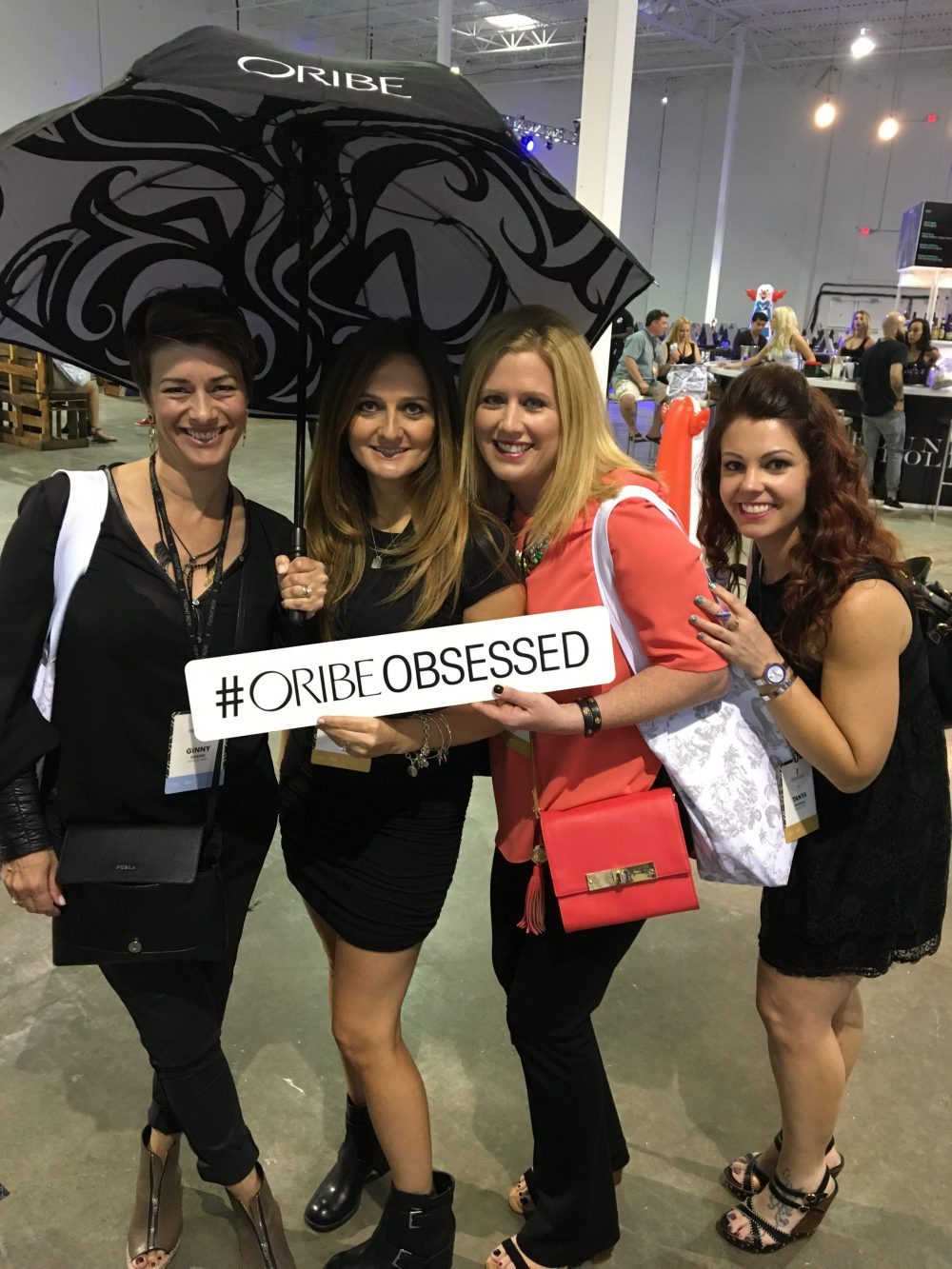 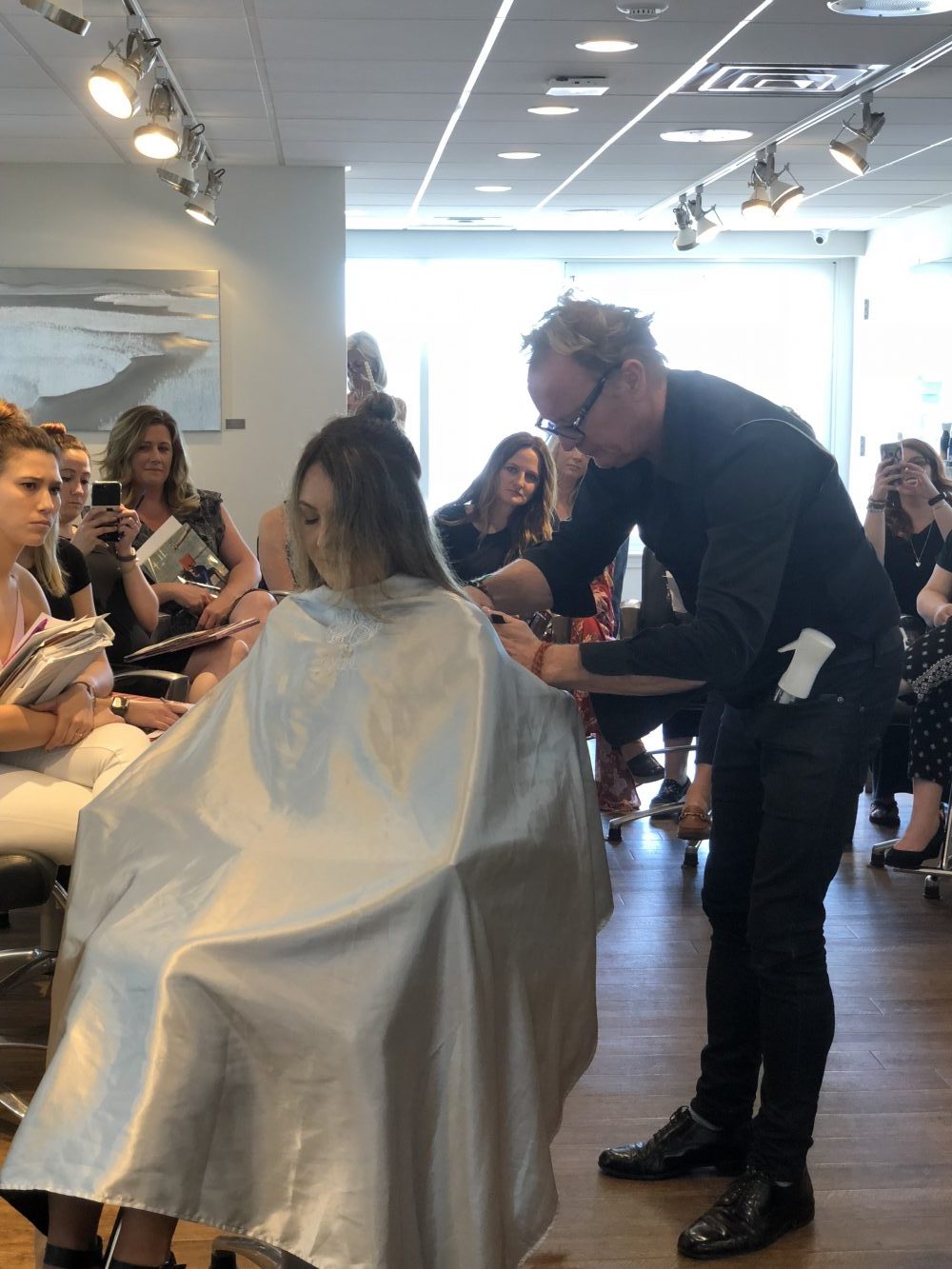 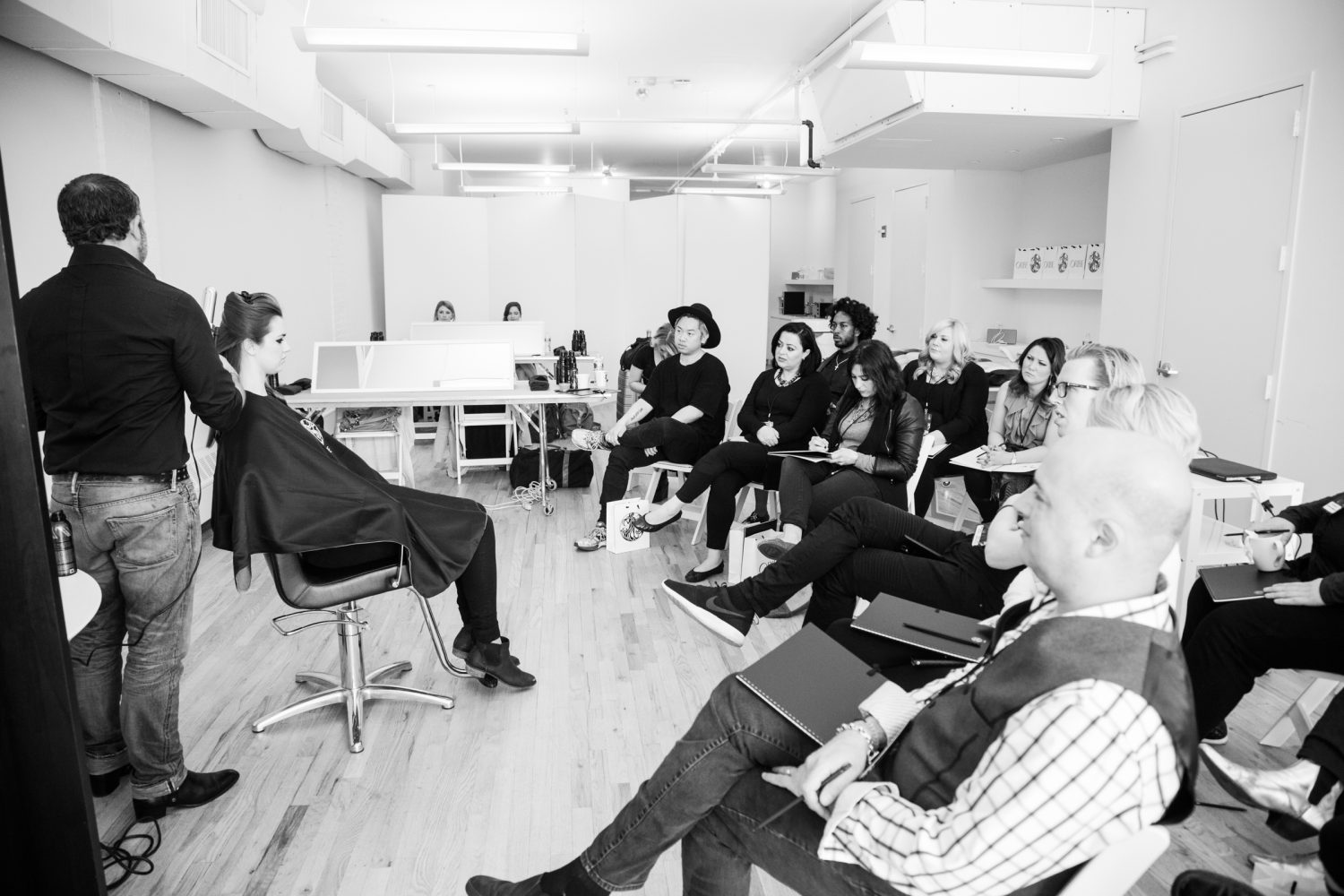 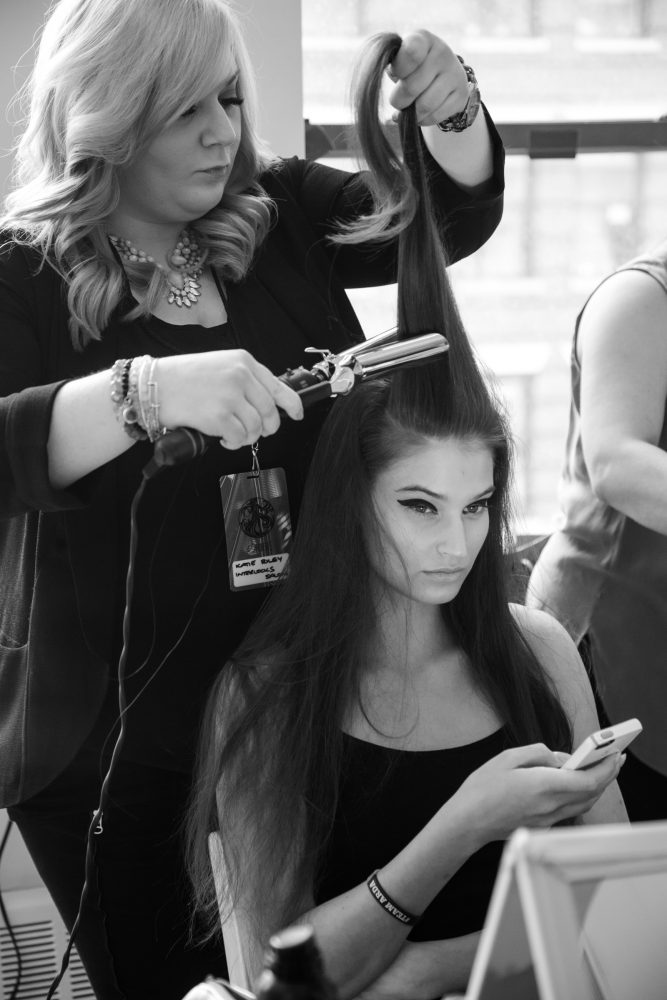 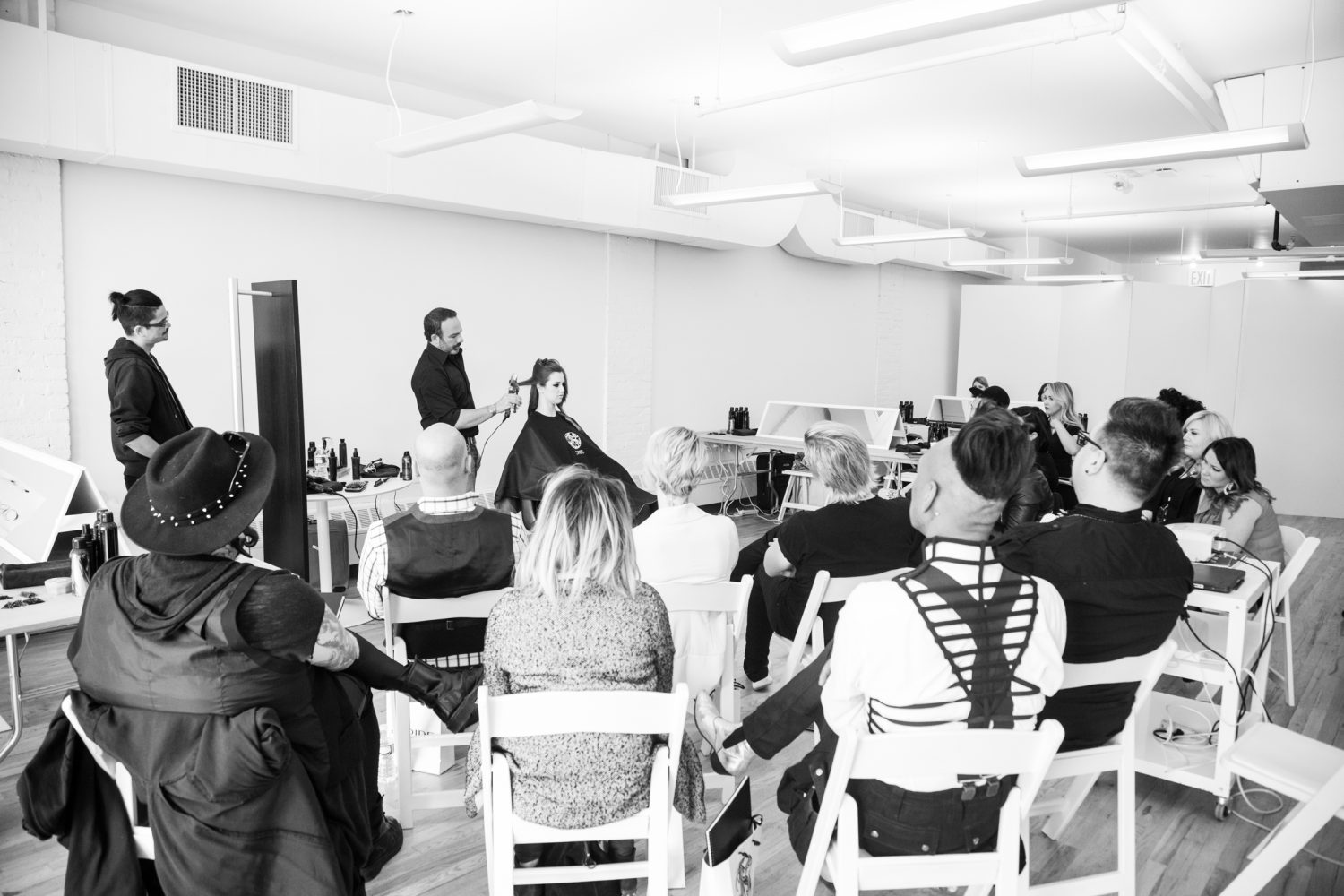 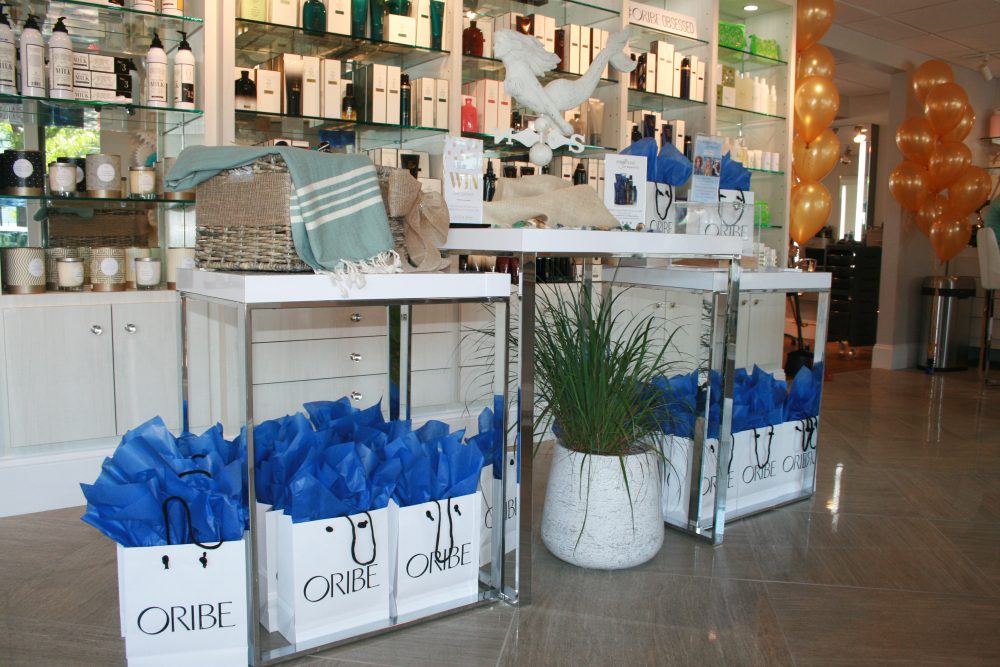 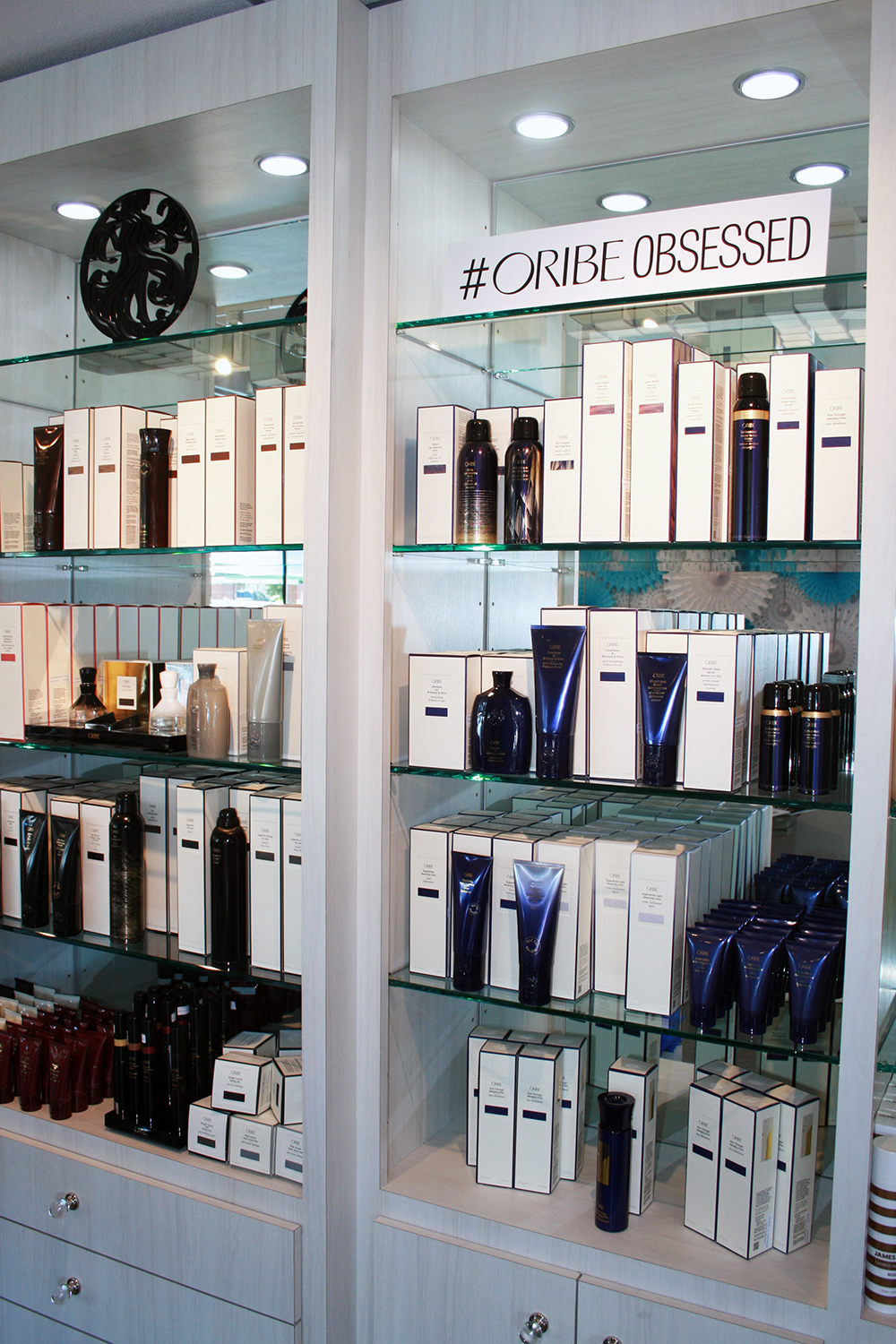 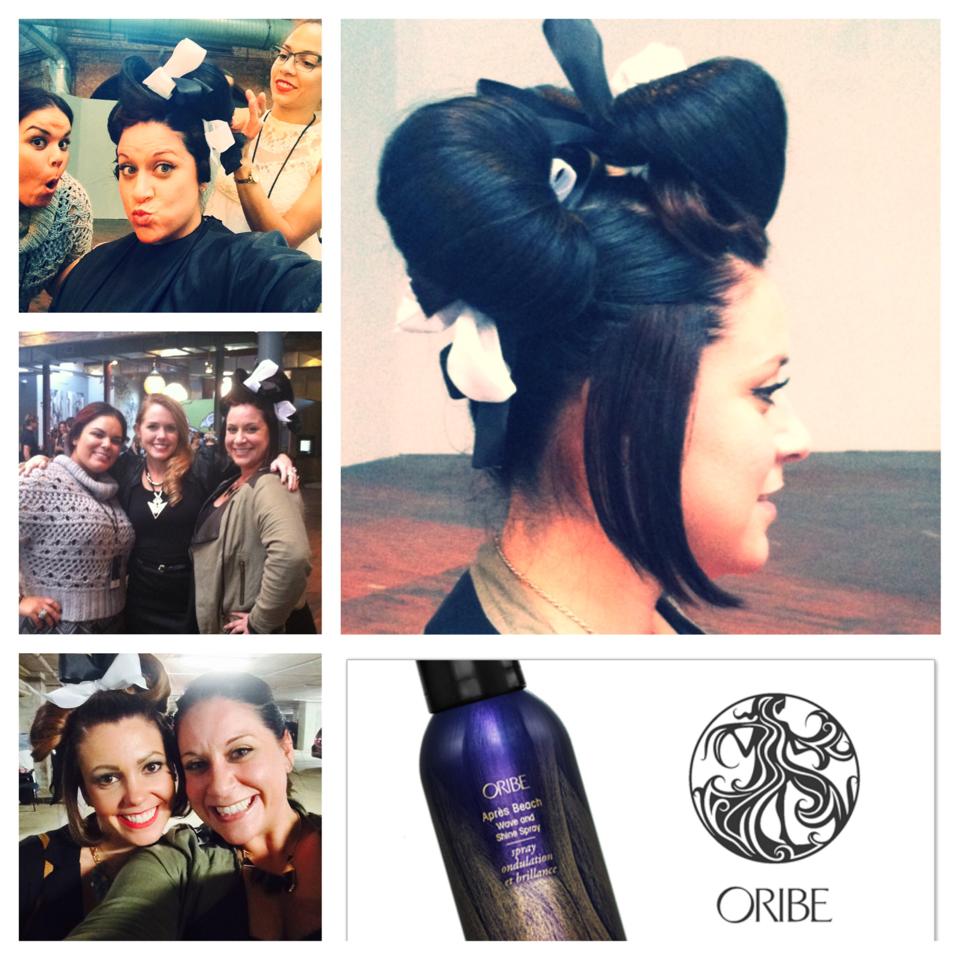 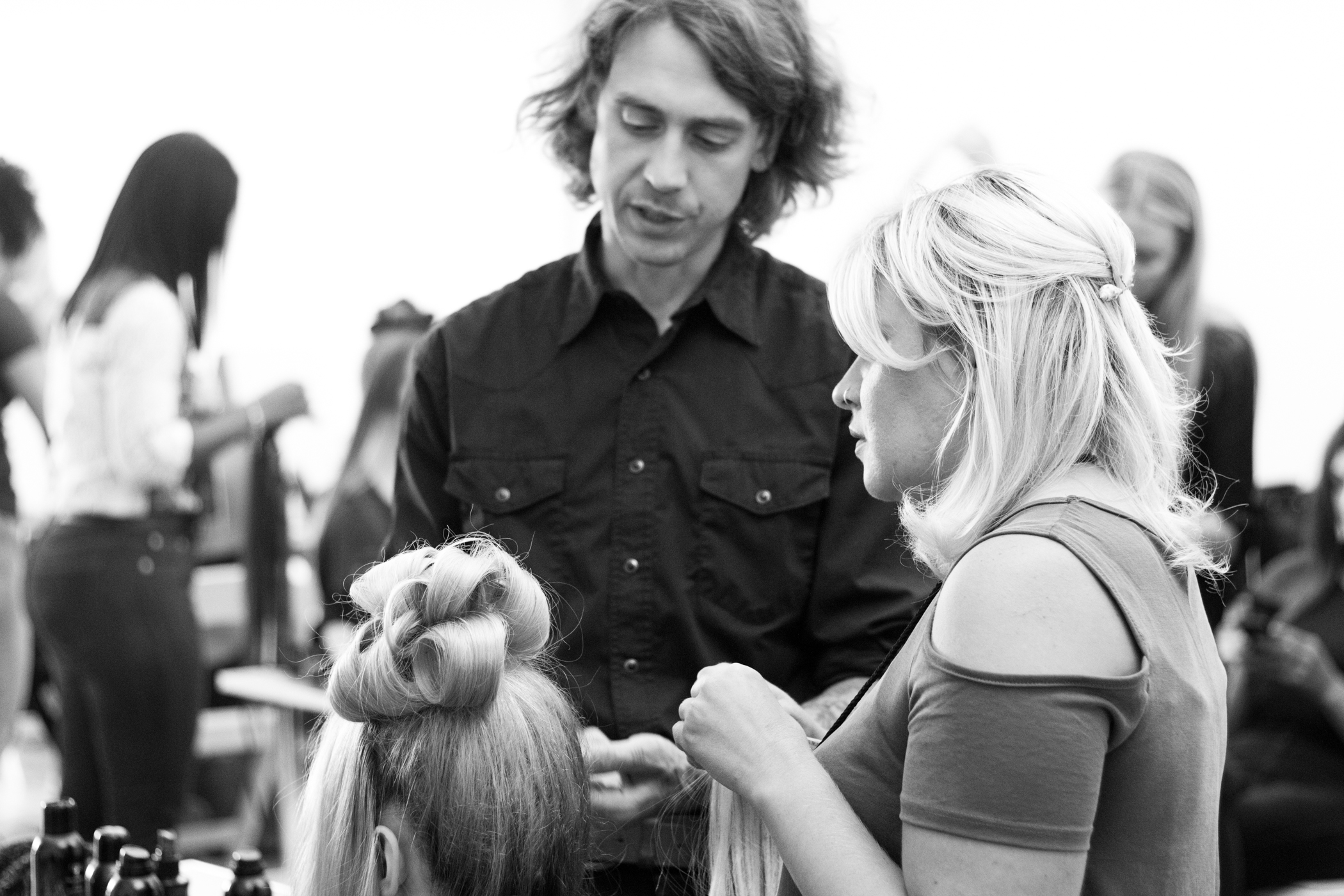 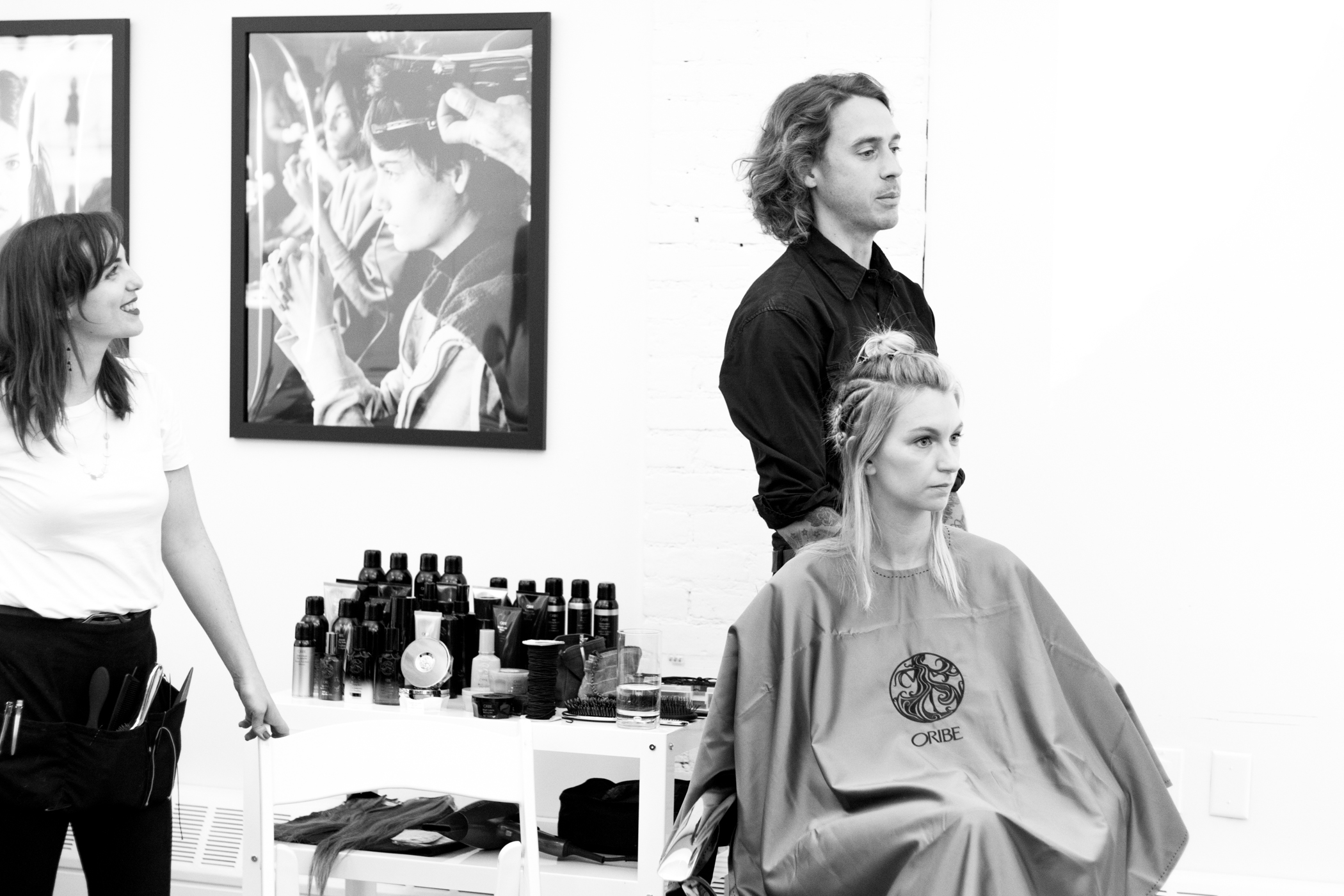 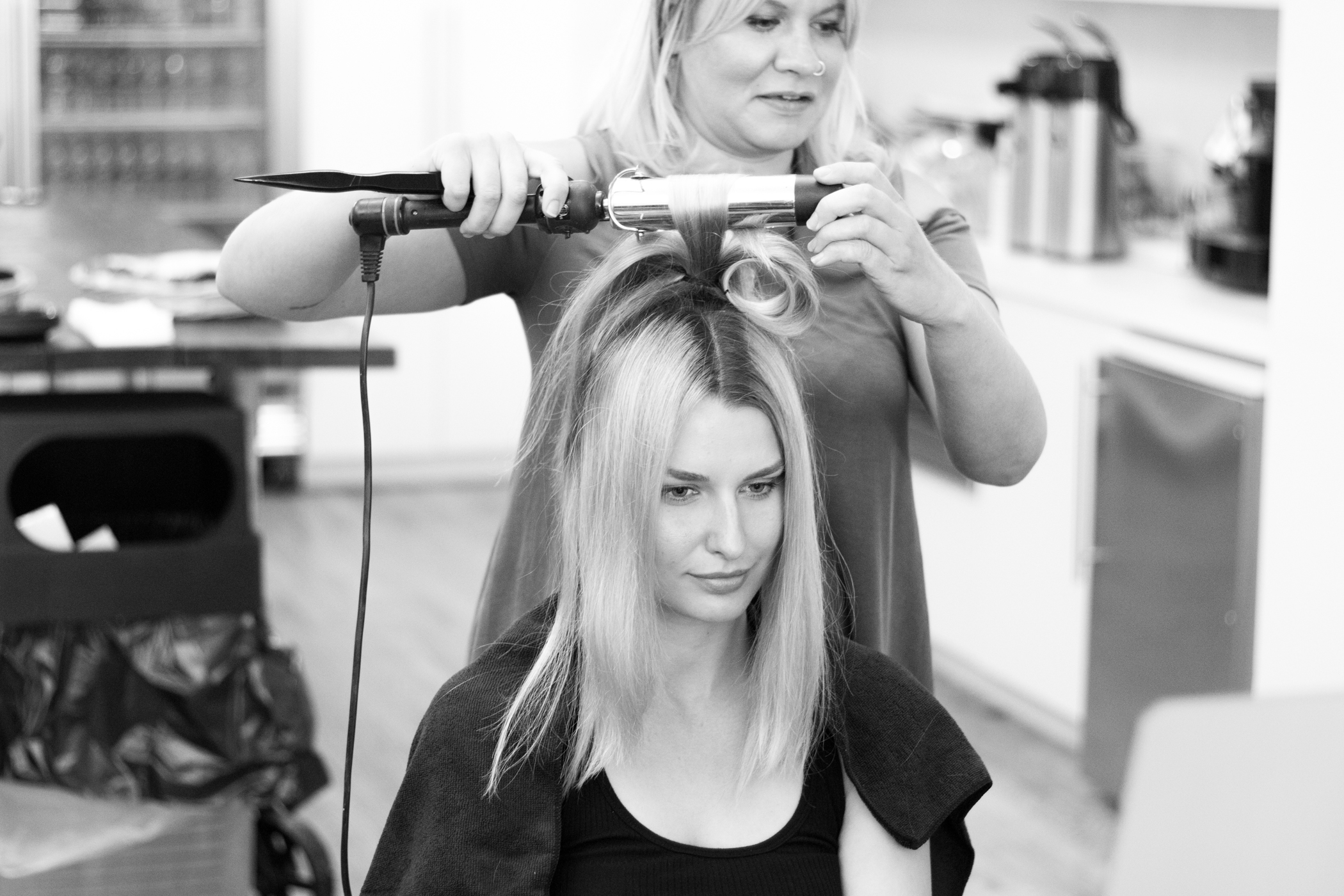